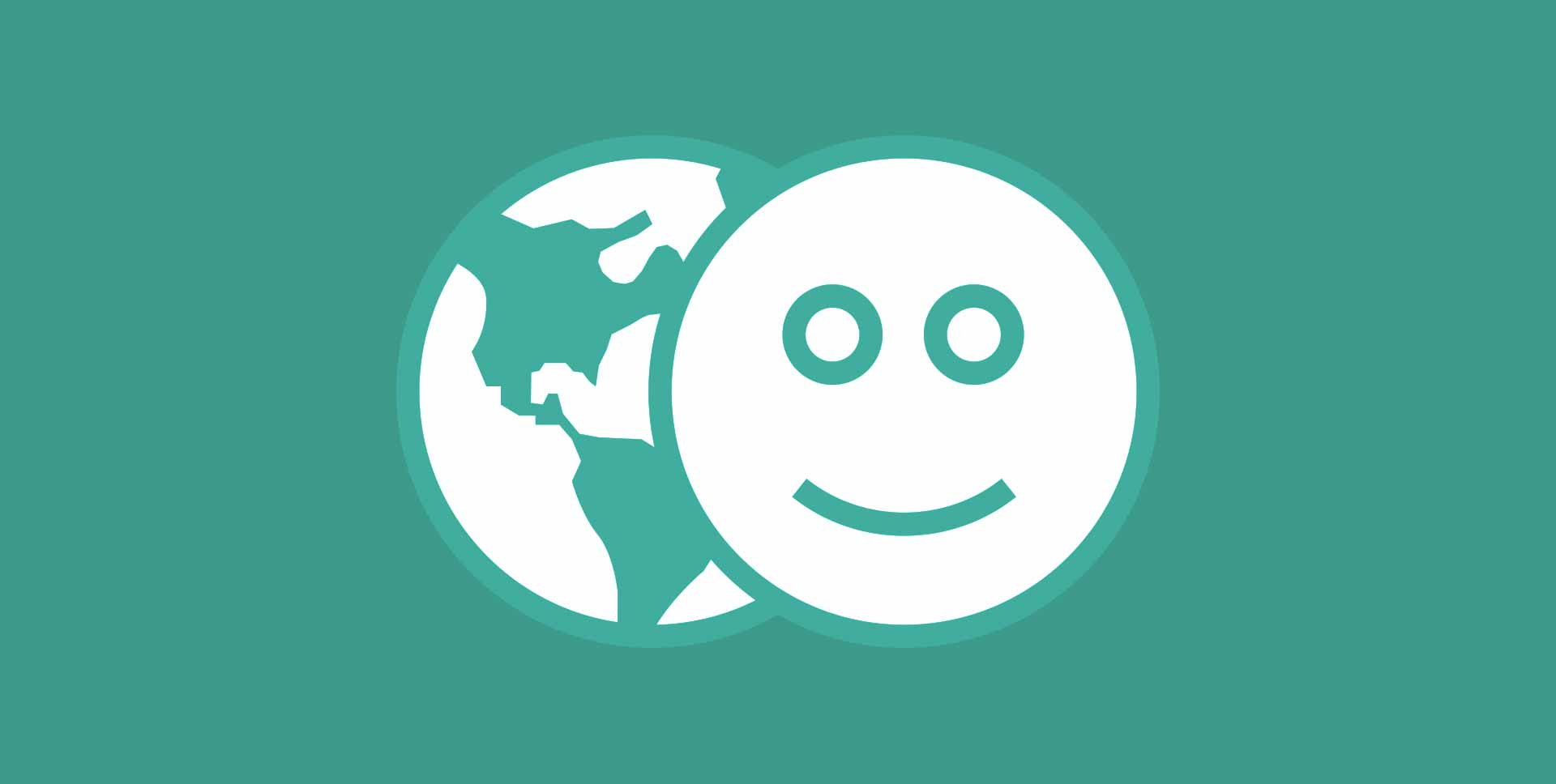 Whatever your opinion about facial recognition software, it’s clear it’s becoming an integral part of everyday life. Whether it’s preventing and eliminating crime, identifying lost children, ensuring deliveries, or just bringing some much needed humanity to the tech revolution. Afterall, in the not too distant future, every ‘thing’, we are told, will be connected to the Internet. It’s only a matter of time before those ‘things’ are able to recognize and understand us.

Now to some this may feel like an Orwellian prophecy come true, yet, on closer inspection, this simply isn’t the case. Companies, both big and small, are thinking deeply about how to make our lives easier with this technology.

We are only human

Often it’s our own identities that add friction to seemingly simple processes - or rather it’s how machines interpret and manage our identities that causes the real bottlenecks - passwords, PINs and CAPTCHAs (to name but a few). Instead of using what is most natural and obvious we have a status-quo in favor of what is unnatural and complicated. In part it’s Kairos’ mission to shift this paradigm and help machines learn the importance of empathy.

So, here, we have narrowed down the innovators that impress us the most. The following list includes both private and public sector companies and is in no particular order. These are Kairos’ top 5 picks for companies using facial recognition to change the world for the better.

A small company with a promising mission, to reunite missing children with their parents.

Shashank Sing, the creator of Helping Faceless, was almost kidnapped by a stranger but was luckily saved by another who brought him home. Unfortunately, today many children in other countries are kidnapped for various reasons and never get home.

Every eight minutes a child goes missing in India.

Sing is on a mission to change that by matching photos of missing children to real children by using facial recognition. Using the app is simple; users take a photo of a child who is alone, upload it to the app, and enter the date and location. Users can also verify pictures with children they may have seen to better progress the facial recognition matching.

The app needs about a thousand sign ups to be effective in large cities and is currently being used in Mumbai. One picture could change a family's life forever.

Want to be a part of it? Download the app now

Selfie-payment; pay for your goods with an actionable selfie.

Amazon shopping, what was the world like without it? It has become the way of life for so many and it is about to get easier and cooler. Instead of typing in a long password or prooving you are human by typing in some random code, Amazon is hoping to help you verify yourself through facial recognition by snapping a selfie as you smile, laugh, or even frown. 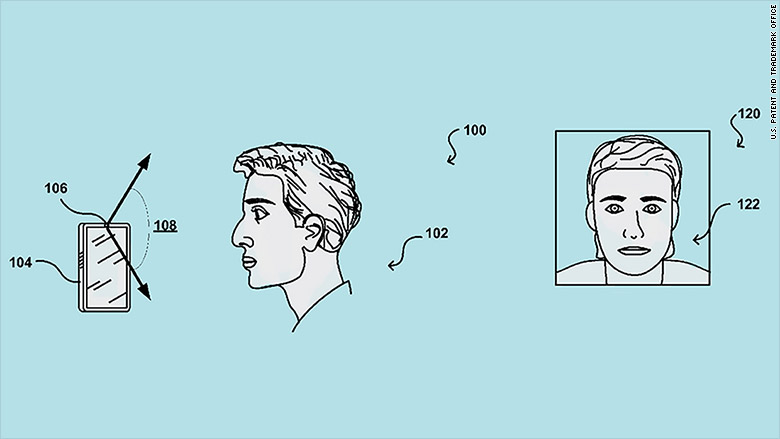 Why the expression or micro expression? So that your selfie, as noted in Amazon’s patent request, “...cannot be replicated with a two dimensional image,” This will make it extremely hard for hackers to get into your account or steal your identity.

Amazon’s selfie-payment patent was filed in March 10, 2016, however there have been no new updates to when we'll be snapping as we shop.

What you may not realize about Facebook’s tagging system is that it also pairs with your news feed. By recognizing who you are hanging out with, through pictures, it allows Facebook to populate those friends feeds onto your wall to help you stay connected to the people that matter.

When Apple does something, we all usually stop and listen and their newest venture has been a facial recognition company called Emotient. All members involved in the purchase have declined to comment on what Apple's plans are, however there is some speculation that it will involve emotional analysis as well. In 2014 Apple placed a patent application on a software system that would identify and analyze people’s moods.

Could this be a new app? A new feature in a computer or in a phone? We are not sure yet, but knowing Apple it will be something big.

UPDATE 1: Mac Rumors has picked up a story from CNET, reporting Apple will bring facial recognition to its Amazon Echo competitor product, most likely expanding on Siri's voice command capabilities:

"Apple's rival to the Echo could know who you are just by looking at you."

UPDATE 2: Apple announced at WWDC 2016 that it's adding Facial Recognition to Apple Photos for Mac, iPad and iPhone:

"Apple Photos now has facial, scene and object recognition built in, which is performed on device, as well as the ability to view your photos on a map and to automatically group photos for topics, trips, people and other activities in what Apple calls 'Memories'” — The Guardian

Still no exact details on what they will be doing with emotion analysis as part of their acquisition. Stay tuned for updates.

What this meant for Kairos

A software company tracking hours reported vs actual hours worked by employees to mitigate off the clock employee lawsuits.

White lies, harmful or helpful? In a work scenario a white lie about how long an employee has worked can cost an employer thousands, if not hundreds-of-thousands, of dollars. Wage and hour lawsuits litigation is on the rise and ResolutionView has developed a way to prevent it from happening or combat it if it does.

"$1.3 Billion is the amount of back wages recovered for workers by Wage and Hour Division since 2009" - Department of Labor

Using their timeclock software, video-analytics pairs with facial recognition to create a report allowing an employer to see when, where, and for how long their employee has worked. All this information is stored in an easy to use dashboard and reports are generated as well. Employers may also receive notifications about their employees so that any issues are handled appropriately avoiding legal action.

In the long term this software may reduce the amount of lawsuits filed under wage and hour litigation but it will also help people become more aware, accountable, and honest about their work.

So, what do you think?

There we have it, we've showed you some examples of forward thinking companies doing facial recognition right. Feel free to tell us what you think; did we miss one? Think we got it wrong? Or maybe you’re feeling ridiculously inspired and want to bring face recognition to your own company?

Eitherway, please drop us a line. We’d love to hear from you

Ben is the CDO & Head of Product at Kairos, a Human Analytics platform that radically changes how companies understand people.

Ben is the CDO & Head of Product at Kairos, a Human Analytics platform that radically changes how companies understand people.